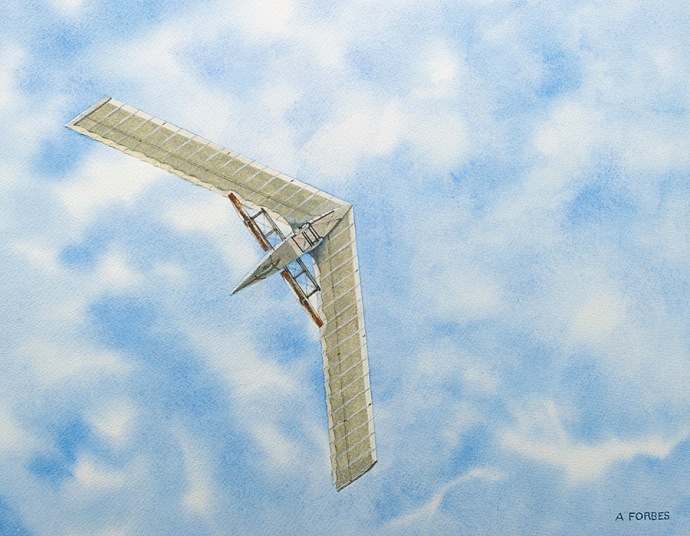 Is it a Stealth prototype? Not in 1910. It’s the Dunne D5 – the brainchild of Lt. John William Dunne whose first attempts at inherently-stable sweptback flying-wings got off the ground (!) in 1907 at Blair Atholl – and in much secrecy.
After many experiments and a few more Dunnes, officialdom decided the future was in ballooning and airships.
Aye but Oh!

No secrecy involved when this one was in flight though-thanks to the sizeable rammy being created by the Vulcan’s four great Olympus BOI.3s. 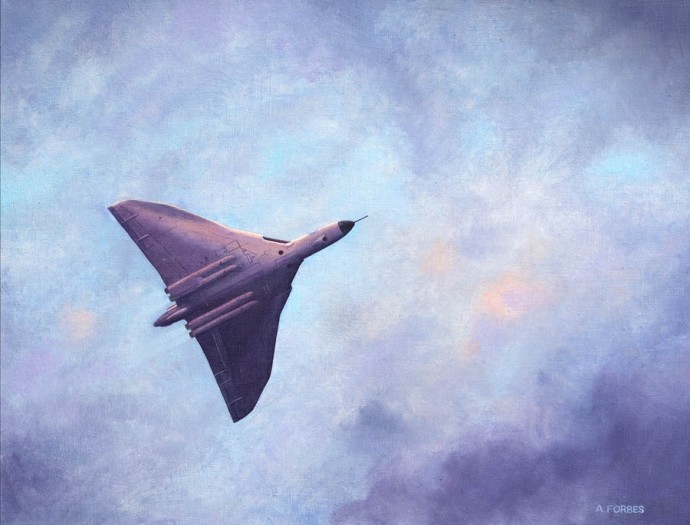 What fun we can have in painting! The Vulcan of this era was finished in anti-nuclear-flash white, so I just thought it’d be nice in purple.
But it IS white, no?