Or bleue outremer-veritable ( with an acute on that first “e” of veritable).
I wonder how to produce an acute here?
But I digress, because that’s what I do. When an excellent English maker of artists’ oil paints recently produced a limited quantity of Genuine Lapis Lazuli I dug deep and bought a tube of it. This is a rare natural pigment and used to be sourced from Afghanistan which accounts for the “Outremer” or “Overseas” name. Lapis Lazuli was the finest/rarest/most expensive blue available until in the early 19th century a man-made version became available, known as Ultramarine.
The overseas connection again invoked.
Having this tube of exotic blue-gold I thought it best if I tried to produce a painting that would exploit the characteristics of the stuff.
These qualities are: almost transparent, quite dull and without great covering-power.
That is in modern parlance – crap!
So using this wondrous stuff and mixing with the other time-served natural pigments of terre-vert, raw umber and lead white I painted the very thin washy picture below. 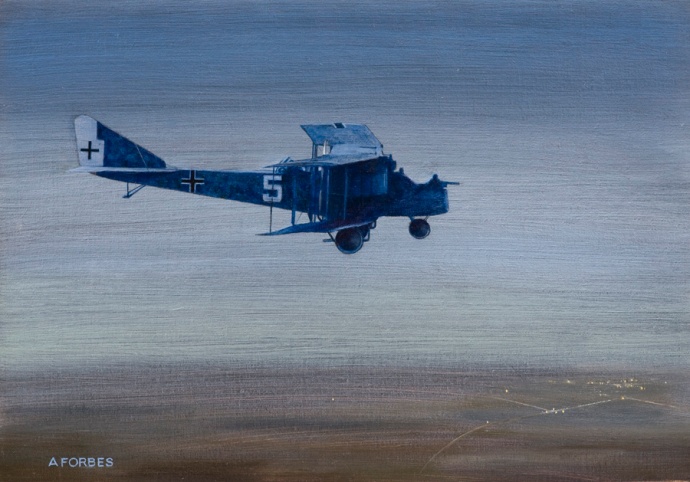 Now, I’ve been moaning about another picture lately, that I thought quite “painterly” which didn’t get accepted for a Guild show, but
– God bless ’em, this one made it though. It’s still with me here though
and I must confess I’m quite glad.